This thread will be updated below. (official stats: http://www.elections.am/flash/yerevan/default.aspx)

The police has launched a criminal case against BHK office workers for assaulting police officers. Yesterday, a citizen reported that the office was distributing bribes. The police decided to conduct searches and closed the entrance to the office to prevent evidence tampering. About 40 of the BHK staff was told to wait outside, but the office manager instructed them to forcefully enter the office, destroy everything including the camera recording (Hmm?). The crowd pushed the officers away and broke into the building http://investigative.am/news/view/brnutyun-vostikan-bhk-shtab.html

The elections have begun.

Incident: One citizen has attempted to vote twice http://investigative.am/news/view/avaganu-yntraxaxtumneri-veraberial-haxordumner.html

Incident: a car without a license plate is stopped 70m away from a Shengavit voting station. Several voters went towards the car after finishing their vote. (not necessary a fraud, just recording the incident) https://armlur.am/841141/

Incident: a man brought several voters to the station. He returned and came back with several other voters. The observer asked the station president to record a violation, but the president said it’s possible he was just bringing his family members. The man did not enter the station again. https://armlur.am/841159/

Incident: the HHK president of an election station in Shengavit refused to record a violation after QP observer noticed a suspicious gathering outside of the station, which could indicate “busing”. The director refused to contact the police to investigate. QP also wanted her to record the fact that the BHK observer left the station without a proper notice. The director told them that she isn’t going to “spoil the book with their filthy complaints” 😂. Eventually, she agreed to record that she refused to record QP’s complaints. 👌 PRESS F TO SEE THE URL http://hetq.am/arm/news/93279/tiv-8-5-yntratexamasum-handznazhoxovi-hhk-akan-nakhagahy-hrazharvel-e-ardzanagrel-khakhtumnery.html

97 irregularities are reported. Mostly minor things such as certain voting boots not being properly designed for accessibility, improper exterior in a room, someone writing the digit “8” on the wall (candidates have a number next to their names), a station director and later few voters brandishing a party logo, lights are too dim in a voting booth, a station workers were given pizza by QP, a BHK observer threatened to break the station president’s glasses (classic) after being told to wear his ID badge, two cases of double-voting https://news.am/arm/news/472452.html

A man entered a Kentron voting station and asked to speak to the ARF representative, who left the building with the man and accepted money from him. The observer asked the station president to record it but the latter refused. ARF says they support an investigation; says its most likely a case of the worker exchanging money for a food delivery, because the observers have to stay in the building and someone has to take care of their feeding. It is unclear why the observer was taking the money instead of giving it. https://armlur.am/841302/ —— http://www.armtimes.com/hy/article/144792

So far no widespread reports of ballot stuffings, police misconduct or busing-ins.

Updates will be posted below.

9:36 PST: QP says "the pizzas were given only to their party observers because they can't leave the room for a lunch. It doesn't violate the law."

9:53: Livestream of ballot counting shows candidate number 7 is significantly ahead of the opponents. https://www.youtube.com/watch?v=QOBSuwLJx00

10:02: The official page with the results http://www.elections.am/flash/yerevan/default.aspx 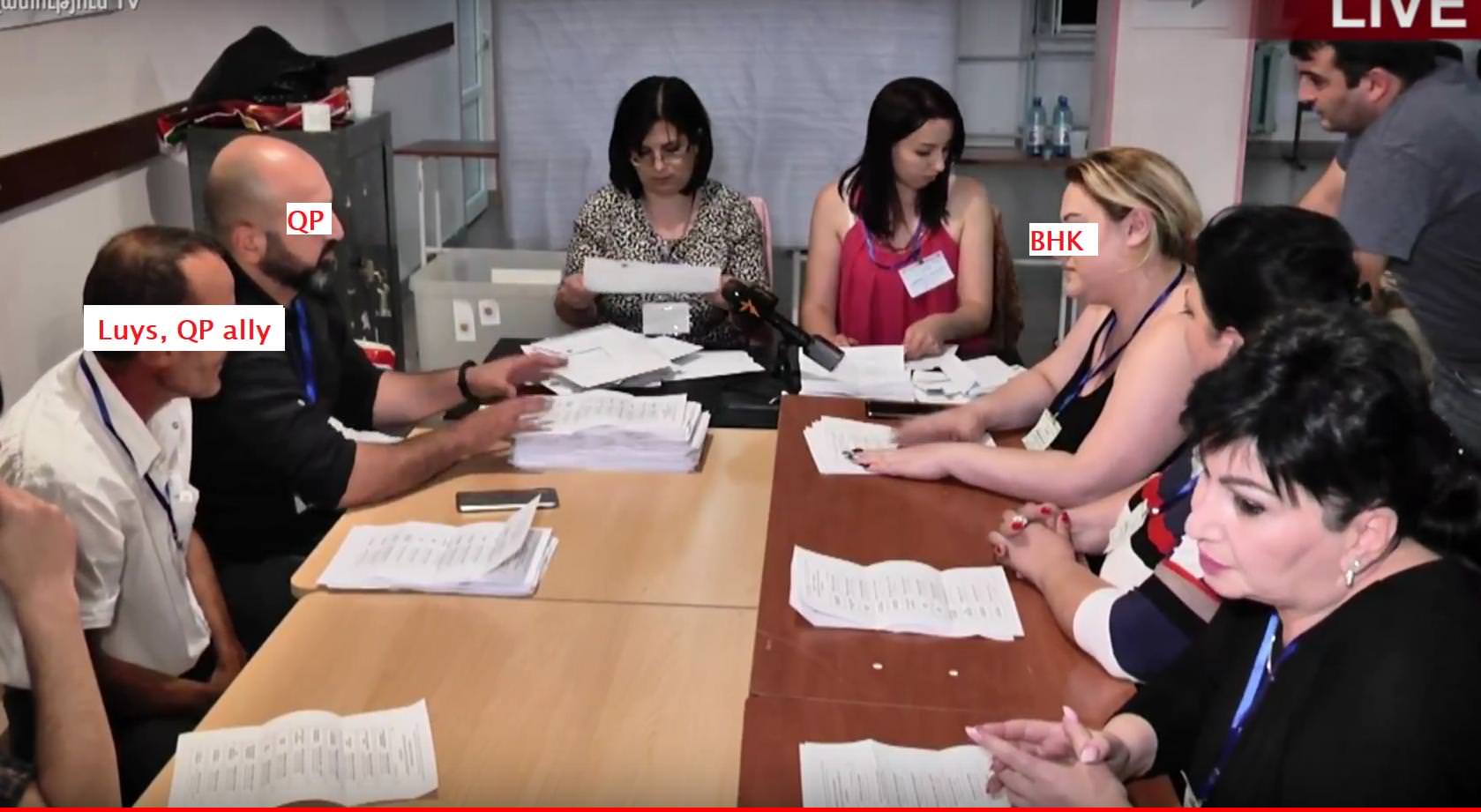 12:27: Similar results across all districts so far 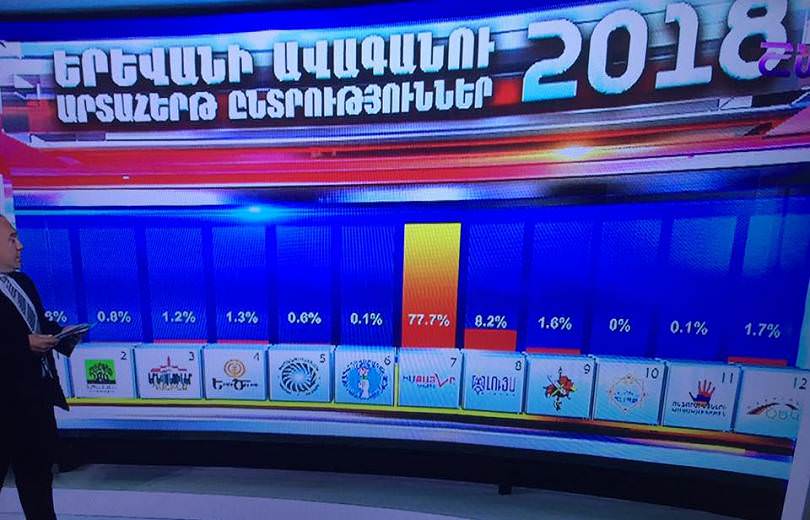 12:38: The official votes are coming in. Check the very first link at the top. So far QP has 82%. Still counting. Top 3 parties will pass.

13:53: Flashback 2017. HHK's Taron Margaryan wins the Yerevan elections with 71% of the vote, beating Pashinyan at 21%. With the law enforcement becoming independent after the revolution, an investigation based on 2017 evidence showed that Margaryan's office conducted a widespread voter fraud. Several staff members were arrested.

14:21: Hayk Marutyan's headquarters are celebrating what appears to be a massive victory https://youtu.be/RSY1MAxynjk?t=8