CAN’T STOP, WON’T STOP: criminal charges are filed against 11 people, including HHK officials and SAS Supermarket director, for electoral fraud during the 2017 Yerevan elections, in the infamous “Zibilix” case in which paperwork was found in a recycle bin that indicated fraud. One person was charged few months ago. Now we have more details. A HHK high ranking official contacted SAS Supermarket director and asked for a financial support to create an AMD 75mln fund which was used to distribute 10k bribes to voters in the Arabkir district, through various local criminal elements. (That’s at least 6,500 fraudulent votes from that district with that one voter fraud scheme alone. Taron Margaryan won the 2017 elections.) http://www.armtimes.com/hy/article/144334

... One of them is the Taron Margaryan's chief of staff, the head of his campaign http://www.armtimes.com/hy/article/144344

The administration and accountants of Dermatology and STD Clinic are facing criminal charges for embezzling pubic funds by falsifying patient care records to make it appear that they’ve provided subsidized care, which they never did https://armlur.am/839142/

IRS sheds more light on the investigation of a high ranking official (Karen Karapetyan, not the former PM). He was found to have used his position to benefit businesses linked to him. His case was submitted to the prosecutor’s office. Moreover, there are numerous other IRS officials who are being investigated https://armlur.am/839073/

The director of Clinic N19 faces criminal charges for abuse of power. He is accused of withholding 20k from employee salaries each month, and falsification of other documents to show services that weren’t actually provided http://investigative.am/news/view/mexadrank-19-poliklinikayi-tnoren.html

The government has approved increasing imprisonment for illegal deforestation from up to 2mo, to up to 2yr. The proposal will be submitted to Parliament for a vote https://armenpress.am/arm/news/947171/

.... Gov approved a proposal to provide AMD 60k subsidies to 4,000 low income farmers in bordering areas to help increase the land use. Ministry of Agriculture believes it’s possible to increase the land utilization by 15% https://news.am/arm/news/471024.html

... gov approved the proposition to defund Ռազմավարական նախաձեռնությունների կենտրոն organization created by the former PM. This is the organization that Russian-Armenian businessman Rubet Hayrapetyan was arguing that should be kept open. It was deemed that the organization’s work doesn’t justify the money it receives. Details here https://armlur.am/839030/

An agricultural anti-heil net factory, one of a kind in the region, is opened in Vanadzor. It’ll provide affordable protection to the farmers. Earlier, the government gave the company a multi-year tax-free work permit https://news.am/arm/news/471115.html

An American organization is fined $13.9mln for illegal lobbying activity for Azerbaijan and other Asian countries https://news.am/arm/news/470973.html

PM Pashinyan met the French awkward-in-chief Emmanuel Macron, followed by a group of businessesmen, during which he spoke about ending monopolies in Armenia and mentioning that a large French supermarket was one of the only large retail stores that was properly paying taxes and following a law when his administration begun checking the stores. https://armenpress.am/arm/news/947207/ —— https://armlur.am/839005/ —— PHOTOS https://armenpress.am/arm/news/947265/

Robert Kocharyan has hired a lobbyist who used to represent Azeri interests. The lobbyist attempted to pressure the French president Emmanuel Macron to discuss with Pashinyan about Kocharyan's arrest https://www.reddit.com/r/armenia/comments/9fuhb6/kocharyan_is_hiring_western_lobbyists_grigor/ ---- https://medium.com/@grigoratanesi/kocharyan-is-hiring-western-lobbyists-519fc20154ff

PM Pashinyan continues his France visit. Met with World/Euro champion Yuri Djorkaeff and granted him a medal. There are unverified rumors that Yuri could become the Armenian national soccer team’s coach. https://armenpress.am/arm/news/947165/

TUMO centers will open in Paris, Berlin, Moscow, Beirut and Tirana, said PM Pashinyan during his meeting with the mayor of Paris https://armenpress.am/arm/news/947255/

Remember the Armenian cyclist Edgar Stepanyan who won two golds in two tournaments? He just won another gold and silver in two cycling styles in Astana, and a 100 internationally-recognized points https://armenpress.am/arm/news/947173/

U20 chess world championship. Armenia’s Aram Hakobyan is so far the second https://armenpress.am/arm/news/947176/

EU helped to create a new cafe-bakery in Gyumri, which will employ mainly persons with disabilities. https://armenpress.am/arm/news/947272/

A lawyer and Aliyev-critic Emin Huseynov of Azerbaijan is criticized by the regime for having a dinner with the Armenian community of Poland in the Golden Apricot restaurant. There are fears that he might become a target of “treason” charges, similar to what happened with another critic - Leila Yunus. https://armenpress.am/arm/news/947243/

Azerbaijan is not happy that all Eurasian Commission maps include Artsakh as part of Armenia https://youtu.be/2QWe7NufOp8?t=831

A serial lingerie thief continues to terrorize Azerbaijan. A man appears out of nowhere and steals women’s underwear. Residents of Ivanovka have begun his hunting process. He is described as a male, with a beard, and is wearing a camouflage outfit 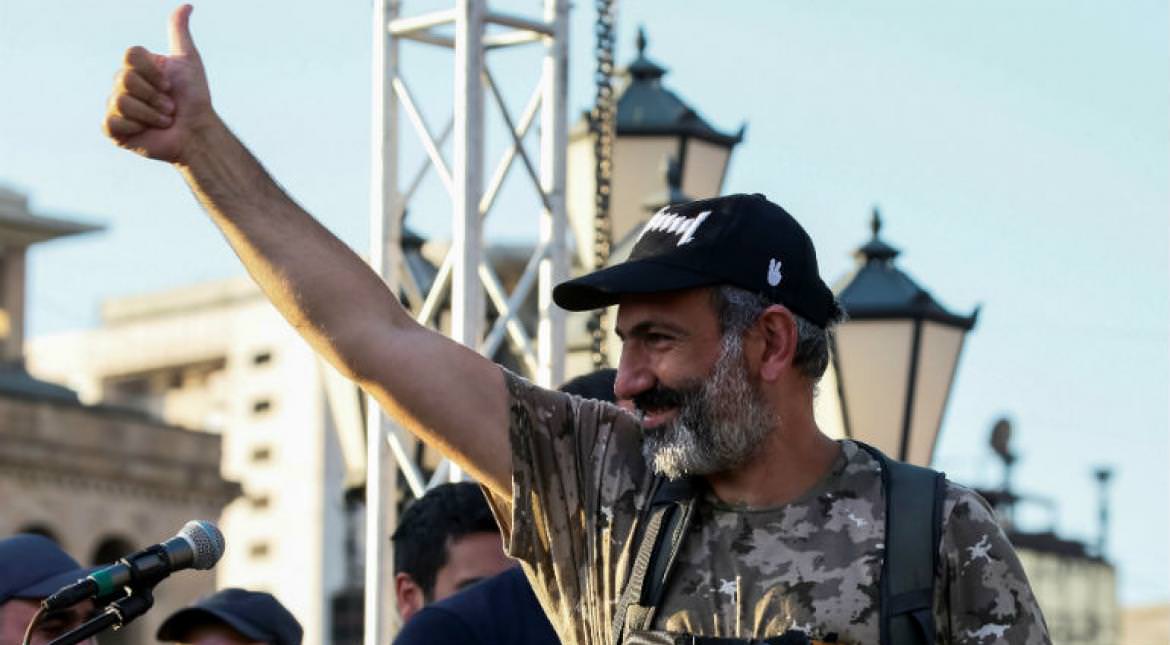