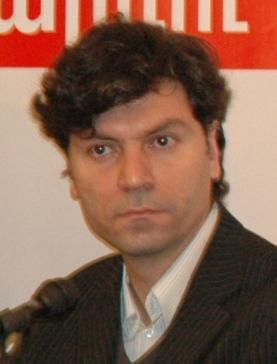 Vicken Cheterian is a journalist and political scientist. He has covered the Lebanese war, the Palestinian refugees, the conflicts in the Caucasus and Central Asia, as well as political developments in Russia and Ukraine. He has published in a number of newspapers, including in Le Monde diplomatique, Neue Zuercher Zeitung, among others.

He has also worked as analyst with numerous articles published in academic and policy journals. He was instrumental in setting up Cimera (www.cimera.org ) a consultancy in Geneva, specialized in good governance projects in post-Soviet space. He has also founded and directed (2002-2004) the Caucasus Media Institute (www.caucasusmedia.org ) a media training and research institute.

Born in Beirut, Lebanon, he lives in Geneva, Switzerland.

Little Wars and a Great Game: Local Conflicts and International Competition in the Caucasus, published by the Swiss Peace Foundation, Berne, 2001