From armeniapedia.org
(Redirected from Tigranes the Great)
Jump to: navigation, search

Coin of Tigranes the Great. 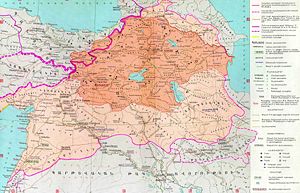 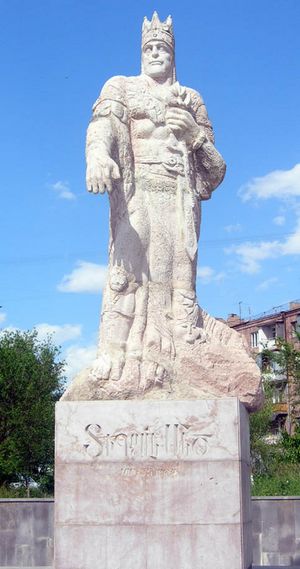 Statue of Tigranes the great.

During the rule of Tigran the Great Armenia reached the summit of its greatness in history and was transformed into a superpower in the region. The only serious rival to Tigran the Great proved to be the Roman commander Lucullus. K. Eckhardt has presented the real personality and character of this great Armenian king in his book. 6

The long reign of king Tigran reflected one of the most proud and successful periods of Armenia. The earlier hard struggles for existence and independence had finally borne fruit and the borders of Armenia stretched from the Caspian Sea to the Mediterranean and Armenian highland to Palestine.

This Armenian king managed to unite the people of Armenia and its different noble families and gather them in one united mighty kingdom that could only be defeated by the unnatural and historically unique cooperation between Rome and Persia.