Difference between revisions of "Mt. Ararat" 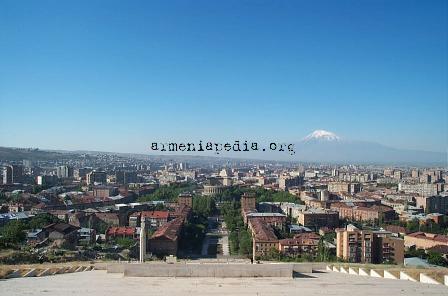 Biblical Mount Ararat (Armenian Արարատ) looms over the central parts of Armenia, and Yerevan, just outside of the nations borders, and holds similar significance for Armenians that Mt. Fuji holds for the Japanese. Armenians often call it Masis (Մասիս) as well.

The smaller (3896 m) cone, Little Mount Ararat, (usually called poker masis in Armenia) rises just southeast of the bigger peak. The lava plateau stretches out between the two pinnacles. Ararat is a stratovolcano, formed of lava flows and pyroclastic ejecta.

The Ararat anomaly is an object appearing on photographs of the snowfields at the summit of Mount Ararat,and advanced by some believers in Biblical literalism as the remains of Noah's Ark. The anomaly is located on the northwest corner of the Western Plateau of Mount Ararat at (approximately 39°42′10″N, 44°16′30″E) at about 15,500 feet (4,724 meters), some 2.2 kilometers west of the 16,854 feet (5,137 metres) summit, on the edge of what appears from the photographs to be a steep downward slope. 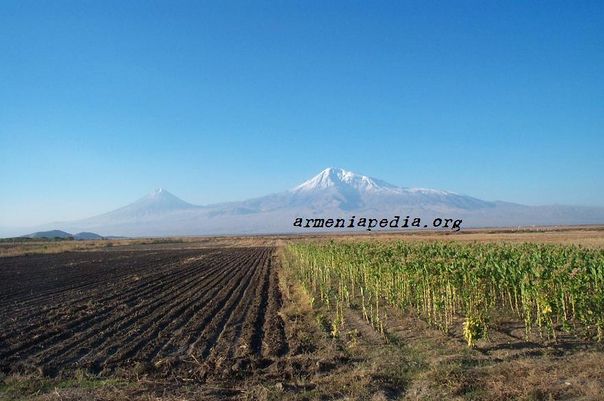