Difference between revisions of "Karvachar" 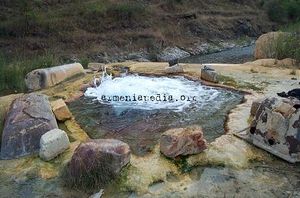 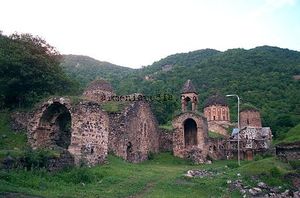 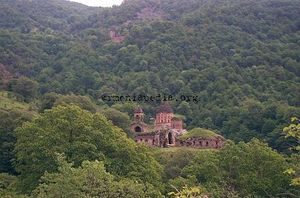 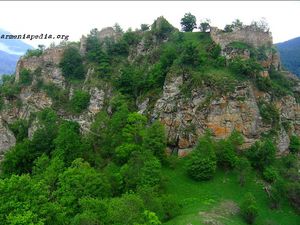 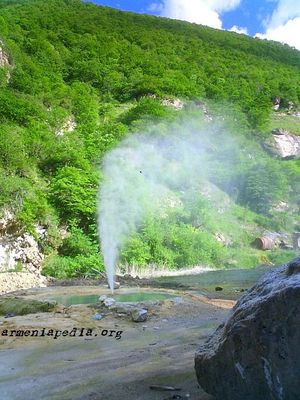 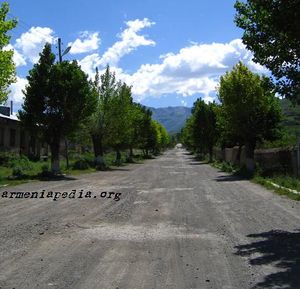 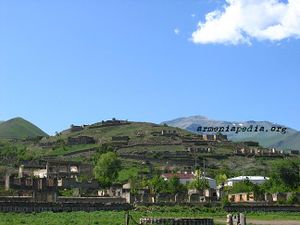 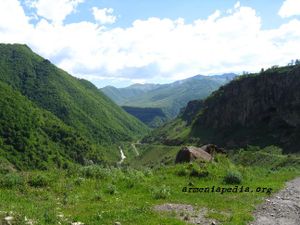 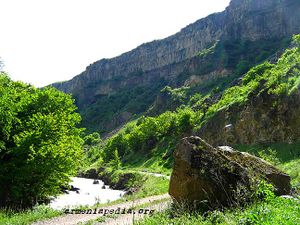 View of canyon below Karvachar Town 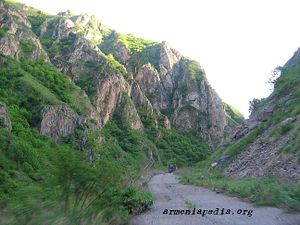 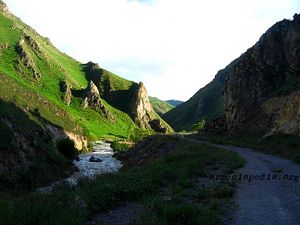 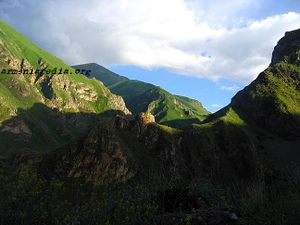 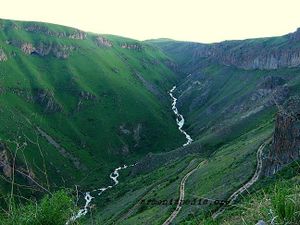 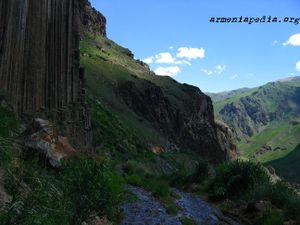 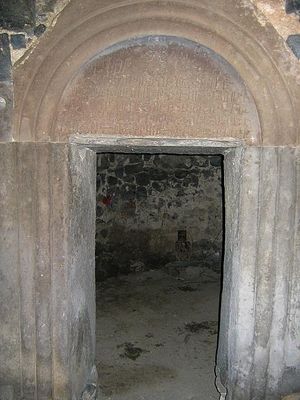 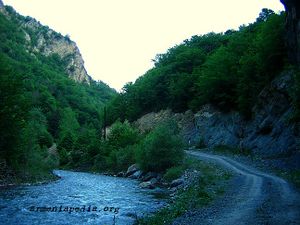 Karvachar (Kelbajar to Azeris derived from the Kurdish Kalbajar or "Stone City") is the northern part of the strip of land which seperated Karabakh from Armenia proper in Soviet times, but was taken over by Armenian forces during the Karabakh War. A mountainous area, with forests, rivers, hotsprings and ancient ruins. It was once home to many Kurds and Azeris as well. This remote region still has no petrol for sale, has not seen road work in decades, and has no overnight accomodations.

The region can be broken roughly into three main river canyons.

This canyon, which serves as the primary road connecting northern Karabakh to Armenia is not usually visited, except perhaps for a quick visit to Dadivank.

The branch of the Trtu that leads up to Karvachar town, and from there up to Tsar and beyond.

Driving through a tunnel rough-cut right through stone, this rarely visited canyon has a great hotspring and beautiful scenery.

People in Karabakh have a very negative attitude towards proposals involving return of territories. They were deeply shocked to hear the foreign minister of Armenia Vardan Oskanyan say that “we will give” Karvachar after the referendum.

The reporter of the Lragir.am asked the opinion of citizens on this announcement in Stepanakert.

Svetlana, 43: “Perhaps they are hopeful that Baku will reject the idea of referendum and Karvachar will remain ours. But what if they agree?”

Andrey Ghulyan, pensioner: “Most inhabitants of Shahumyan, who remained in Karabakh, live in Karvachar. What will their fate be?”

“Frankly speaking, I am surprised at Oskanyan. Who gave him the right to speak on our behalf? He has never lived and will never live in Karabakh, will he?”

Bryza would not identify the unresolved issues, but he outlined some of the basic principles already reached for a potential resolution. The two sides have agreed on the return of districts surrounding Nagorno-Karabakh that are also under ethnic Armenian control.