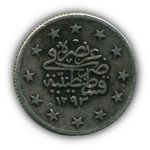 The Şiviş Year Crisis is a little known and very sensitive topic to the Republic of Turkey. The crisis was discovered by a Turkish researcher in the mid-20th century. Harsh criticism and eventual exile was the price he paid for revealing the financial ineptitude of the Ottoman Government.

Throught the years of it's reign the Ottoman Empire used the Gregorian Calender to conduct most of it's business, however, for whatever reason the body that collected taxes ran it's operation based on the Hijri Calender. At first, this doesn't seem like a big deal, but what needs to be considered is that the Hijri year is approximately (354 days long) about 11 days shorter than the Gregorian year.

What are the repercussions?

This means that every year the tax collectors would stop collecting taxes about 11 days short of the end of the Gregorian year, robbing themselves of 11 days worth of tax revenues. When considering the massive size of the Ottoman empire and it's tax base, then considering that those 11 days were lost every year for 623 years or roughly 6,853 days (19 Gregorian Years) worth of taxes.

Suppression of the Truth

One of the reasons that ArmeniaPedia.org is one of, if not the first sites on the internet to display such information is that the Turkish government is ashamed that nobody realized this problem until recently, and has suppressed the information. The Şiviş Year Crisis has been taught in the Ottoman Turkish History course at Michigan State University.

The crisis contributed to the financial bankruptcy of the Ottoman Empire which Armenians became the scapegoats for in the Armenian Genocide.

More on the Şiviş Year Crisis to come soon.