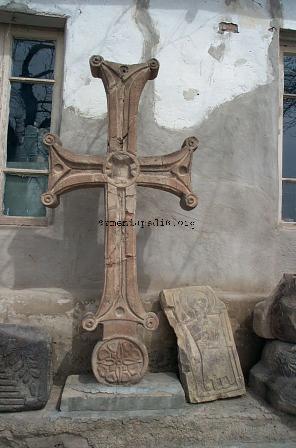 The city of Dvin or Duin according to its Classical name, is to the north of the ancient Artaxiad capital Artaxata [Artashat], on the left bank of the Azat river, about 35 km south of the Capital Yerevan, in the historic Vostan Hayoc‛ county in the Ayrarat Province of Greater Armenia. In ancient Armenian primary sources the name of the city is almost always given as Dwin or Duin (Pavstos Buzand Vth cen., Łazar P'arpec‛i Vth century, Sebeos VIIth century and other historians). Later authors (Samvel of Ani – Xth century) wrote the revised - Dvin appellation, which is the most common form in the scholarly literature. The city's history began with a thriving settlement that quickly expanded in the forth millennium BC due to the warm climate of the Ararat Valley and the fresh water supplies of the river Azat.

The first archaeological excavations were conducted in 1899 by the renowned armenologist Nikolai Marr. Another archaeological expedition, headed by Xac‛ik Dadean, unearthed the external walls of the Mother Church of Dvin. Throughout 1937-1939, the digs led by Professor S. Ter-Avetisean, unearthed parts of the Great Church as well as the patriarchal quarters, divided into three sections, with pyramid apexes on top of the structure. Thorough excavations of the city, including the citadel, were conducted between 1946-148 by a team of archaeologists from the Archaeology Institute of the Academy of Sciences, led by K. Kafadaryan. The findings have shown that the beginnings of settlement on the site of Dvin can be traced back to third and possibly fourth millennium BC (the first volume of the major excavations was published in 1952).