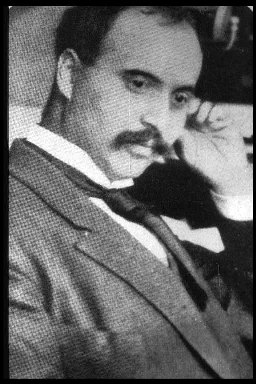 Dr. Mihran Kassabian, one of the most prominent radiologists of his day, was an Armenian by birth, which occurred in 1870 at Caesarea (Kaisarieh) in the ancient province of Cappadocia,in Asia Minor.

Written by Percy Brown for American Journal of Radiology (1995)

Doctor Kassabian, one of the most prominent radiologists of his day, was an Armenian by birth, which occurred in 1870 at Caesanea (Kaisanieh) in the ancient province of Cappadocia,in Asia Minor. There he was educated at one of the excellent schools for boys and girls of the American Missionany Institute, after an early childhood fraught with almost constant danger of earthquake or massacre. Following his primary years as a pupil at the Mission, his continued aptitude and his growing seriousness of purpose won for him the post of an instructor there, as a stepping-stone toward the life of a medical missionary which it was his purpose to embrace. With this career in view, Kassabian journeyed to London in 1893, and the period of his life spent in that city marked the creation in him of a deeper interest in Medicine as a profession, and stimulated as well his strong inclination toward the practice of photography. His natural skill in this pursuit, already amply evinced, stood him in good stead almost immediately. While in London he embarked also upon the study of theology as a necessary qualification for serious medical missionary work, but as the months passed he found himself more and more enmeshed by the fascinations of medicine and of photography. The persistent dominance of his thoughts by these two interests now seems a subtle presage of his future, as one today reviews his remarkable career.

Young Kassabian had been already impressed, at the Mission of his early education, by American methods of teaching,and on completing the period of study in London that combined employment had made possible, he emigrated to Philadelphia. For this journey, his photography again came to his aid. The moment of R#{246}ntgen’s discovery found him matriculated at the Medico-Chirurgical College of Philadelphia.To be able to undertake so long a journey and to make so momentous a change in the course of his life entailed much sacrifice and hardship; a poor man as he had been always a poor boy, Kassabian was entirely self-supporting throughout his pursuit of a medical education, and here again his photographic talents served him, stimulating as well the growth of his interest in the new roentgen-rays. Well along his medical school course at the outbreak of the Spanish-Amenican War, he was quick to appreciate their importance as an aid to the surgery of warfare. In the spring of 1898, with his degree almost within his grasp and in urgent need of the livelihood that its possession might have made possible, Kassabian chose to heed a higher call for patriotic service to the country of his adoption. His naturalization having been obtained already, he immediately enlisted in the Hospital Corps of the regular army, wherein he worked faithfully and efficiently. In this manner he gained an experience in x-ray practice of great value to an incipient science, but of ineradicable harm to him. On his discharge from the Service at the end of the short war, Kassabian received his degree in medicine.

With due allowance for his qualities as a student and his capacity for thorough work, which must have been deciding factors, there is reason to believe that Kassabian’s continued skill as a photographer and his later-developed interest in the treatment of disease by electricity had much to do with his appointment soon after graduation as “Skiagrapher and Instructor in Electrotherapeutics” at the Medico-Chirurgical College and Hospital. At that early day, the title “skiagrapher” could hardly stand alone-indeed, its life was not a long one. It was practically synonymous with “photographer.” ‘The New Photography” continued to be the term spontaneously applied,in the general mind, to the process of producing “pictures” by the action of x-rays on a light-sensitized medium; thus the medical application of the roentgen-rays, as an institutional function, fell naturally to the lot of the hospital photographer. In this connection, Kassabian took a step which, measured in terms of its ultimate effect, may be called one of his major contnibutions toward the stabilization of roentgenology. At the Medico-Chirurgical Hospital he overcame an anomalous situation by combining closely his duties as “skiagrapher” with his responsibilities in the strictly clinical field of electrotherapeutics.In this way he gradually endowed his x-ray work with the dignified status of a clinical department, wherein teaching, in his opinion, was a function definitely to be stressed.

Kassabian’s tactful part in this process of adjustment gave him the opportunity to exalt, in turn, the position of electrotherapeutics.In itself a useful branch of therapeutics, practiced by a great number of upright and sincere men, it had become honeycombed and undermined by the dry rot of charlatanism. Kassabian’s serious interest in this work was the result of his steadfast confidence in its value when properly and appropriately applied. Although his was an ingenuous nature, with surprising acumen he realized the danger of a similar exploitation of the roentgen-rays, and he became a prominent member of the group that fought constantly this sinister tendency. Doctor Kassabian continued his work at the Medico-Chirurgical Hospital until 1903, when he was appointed Director of the Roentgen-Ray Laboratory at the Philadelphia Hospital.The moment the value of the roentgen-rays to medical science was demonstrated, and thereafter until 1 900, the use of the “fluoroscope” flourished. So widespread was its acceptance,especially by surgeons, that its routine use was demanded of the “skiagrapher” even to the exclusion of the radiograph. No doubt the influence of Mr. Edison, whose every pronouncement, naturally, made deep public impression,had much to do with the creation of this conviction. He had said in 1896 [1]: With the fluoroscope, as I have already said, a sungeon should be able to determine in a moment, in case a man has been shot, just where the bullet has lodged, and operate accordingly. There is no occasion to take photographs, shadowgraphs or radiographs. I stopped that long ago. You see for yourself,the fluoroscope does the work in a moment.

He is buried at Arlington Cemetery in Drexel Hill, Pennsylvania.