From armeniapedia.org
(Redirected from Arkady Ghukasian)
Jump to: navigation, search 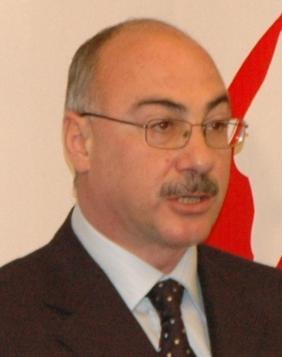 Arkady was born in Stepanakert, Nagorno-Karabagh on June 22, 1957. He graduated from Yerevan State University with a linguistics degree in 1979. He started his working as a correspondent for "Soviet Karabagh" newspaper, becoming its Deputy Editor-in-Chief in 1981.

Ghoukasyan was elected to the first Parliament of the Nagorno-Karabagh Republic in 1991. In September 1992, he was appointed Political Adviser to the Chairman of the State Defense Committee (SDC), he headed the NKR delegations during OSCE negotiations with Azerbaijan.