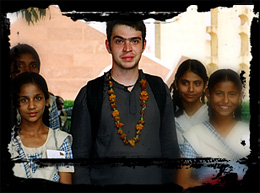 Photography of Anastasiy Safari is mostly inspired by cultures of Asia, area where he did much of his travel. His photographic vision and approach to color and composition are strongly influenced by his roots. He comes from a lineage of Armenians that escaped Turkey in early 1900s. His father was born and raised in Armenian community of Georgia – situated in the eastern region of Eurasian continent. Anastasiy holds Master of Arts degree. He works for his own. Now he devoted himself to the search of his own freedom of vision within photography 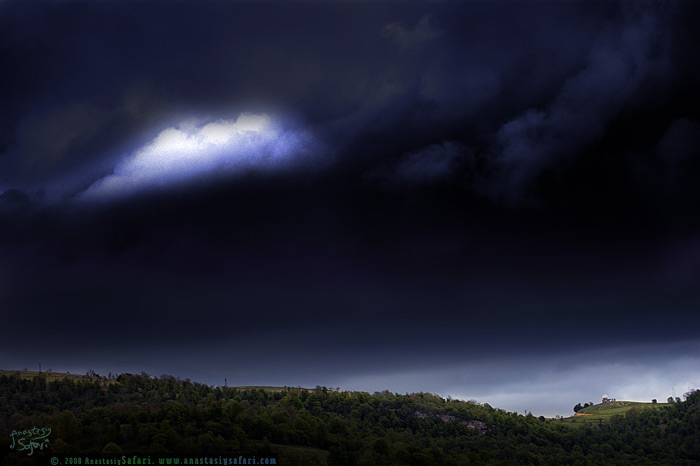 "Photographer Anastasiy Safari's jaunts to the Orient are captured in more than 20 snaps, on display .... One of the photos depicts a Tibetan kitchen at midnight. "It has a really reddish-orange color temperature when he uses natural light. It's very intriguing, because everything looks like Hell's Kitchen. And in some of his landscapes, you can almost see the ghosts of the people who used to live in the area," says Matt Cook, owner of Studio of 5 Rings. "There's depth in what they say and what they don't say" -- Cris Glaser, Cleveland Scene

If this show were a "safari," Anastasiy Safari would be the annoying guide who never stops talking. ... "The Infernal Smile of Moscow" is a wide, nighttime exposure of a narrow canal or park lined by traffic-filled streets on both sides. Distorted through a fish-eye lens, the scene becomes a giant, red-lipped mouth, grinning dementedly as it emerges from the darkness around it. The Moscow tourism bureau probably won't be using that photo. In another blissfully untitled image, a large dark bird alights on a desert rock, mimicking a line of three similarly-shaped rocky formations behind it. It's almost too perfect: A bird that couldn't bear the asymmetry, and Safari happened to catch it. "Black Sea Oblivion" is considerably more ominous. Safari takes us at dusk to a misty round pool defined by boulders at the shore. Surface-wise, the pool looks much different and more mysterious than the sea itself, which is simply flat and serene. But the spell lasts only so long. At the horizon are two well-lit ships -- signs of civilization intruding on a nearly magical place. -- Zachary Lewis