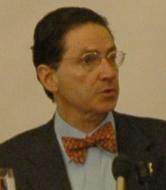 EXECUTIVE SUMMARY:
THE ARMENIAN GENOCIDE IN THE LIGHT OF THE GENOCIDE CONVENTION
By Dr. Alfred de Zayas, Geneva

Genocide is a jus cogenscrime. Its prosecution and punishment are subject to universal jurisdiction, as are piracy, the slave-trade and other international crimes. The crime has civil and penal consequences giving rise to erga omnes obligations of States to punish the perpetrators, to refrain from giving them refuge and to refrain from recognizing the consequences of genocide, in particular the wrongful acquisition of the property of the victims of genocide. State responsibility and individual penal liability for genocide are not subject to statutes of limitation.

The Genocide Convention of 1948 can be applied retroactively, because it is declarative of pre-existing international law. There are numerous precedents for the retroactive application of treaties, e.g. the London Agreement of 8 August 1945 establishing the Nuremberg Tribunal, the Convention on the Non-Applicability of Statutes of Limitations to War Crimes and Crimes Against Humanity of 1968, and the Vienna Convention on the Law of Treaties of 1969.

The language of the Genocide Convention neither excludes nor requires its retroactive application. By contrast, there are international treaties that specifically state that they will not apply retroactively. For example, article 11 of the 1998 Statute of the International Criminal Court specifies that `the Court has jurisdiction only with respect to crimes committed after the entry into force of this Statute'.

According to the article 31 of the Vienna Convention on the Law of Treaties, the principal rule of interpretation is `the ordinary meaning given to the terms of the treaty in their context and in the light of its object and purpose'. The retroactive application of the Genocide Convention is compatible with the ordinary meaning of terms in the light of the object and purpose of the Convention. Further, such retroactive application appears necessary, in order to advance the important goal of deterring future acts of genocide (prevention) by way of punishing acts of genocide that occurred prior to its entry into force (suppression). This analysis is sufficient to conclude that the Genocide Convention can be applied retroactively. It is not necessary to draw on the travaux préparatoires of the Convention, which are inconclusive, Moreover, according to article 32 of the Vienna Convention, the travaux préparatoires of any treaty merely provide a supplementary means of interpretation.

The General Assembly can, pursuant to article 96 of the UN Charter, ask the International Court of Justice for an advisory opinion on the retroactive application of the Genocide Convention. In this connection, Armenia, as every State party to the Genocide Convention, could invoke article VIII of the Convention and request the General Assembly `to take such action under the Charter of the United Nations as they consider appropriate'.

Even without such an advisory opinion by the ICJ, the Government of Armenia, as a State party to the Genocide Convention, could invoke article IX of the Convention and submit a dispute to the ICJ, requesting a determination that the massacres against the Armenians constitute `genocide' within the meaning of the Convention. States parties to the Convention, including Turkey, are bound by Article IX which stipulates: `Disputes between the Contracting Parties relating to the interpretation, application, or fulfilment of the Present Convention, including those relating to the responsibility of a State for genocide or for any of the other acts enumerated in article III, shall be submitted to the International Court of Justice at the request of any of the parties to the dispute.'

The dispute is thus prima facie justiciable. A general challenge to the jurisdiction of the Court is subject to a determination by the ICJ of its own competence. Pursuant to article 36, paragraph 6, of the ICJ Statute, `in the event of a dispute as to whether the Court has jurisdiction, the matter shall be settled by the decision of the Court.'

With regard to a ratione temporis challenge to the Court's jurisdiction, the ICJ may rely on the declaratory nature of the Convention, and may also take into consideration the jurisprudence of the European Court of Human Rights in the De Becker Case1 and of the United Nations Human Rights Committee, concerning the issue of `continuing situations', bearing in mind that the substance of the Armenian claim entails a continuing attack on the human dignity of the Armenian people through a continuing denial of their historical identity and a denial of restitution of centuries-old cultural heritage. The dispute is thus justiciable, as the denial of restitution and compensation persists in the period following the entry into force of the Genocide Convention.

Logical consequences of the application of the Genocide Convention to the genocide against the Armenians should be the return to the Armenian people and to the Armenian Church of monasteries, churches and other assets of historic and cultural significance, as well as the granting of a measure of compensation to the descendants of the victims of the genocide. In this connection, the restitution and compensation schemes elaborated for the victims of the Holocaust provide a useful precedent.

There is not only a legal but also a moral obligation on the part of the international community to take appropriate action in order to ensure that a measure of justice be done in respect of the victims of the genocide against the Armenians and their descendants.