From armeniapedia.org
(Redirected from Tblisi)
Jump to: navigation, search

Armenians have a long and significant history in the city of Tbilisi, with very important contributions. At around the turn of the 18th century, the Armenian portion of the population was about 75%, and had 24 churches and monasteries. Although the number continued to grow in number up until the 1970s, it dropped steadily in percent at the same time due to the increase mainly in the Georgian population. After the independence of Georgia in 1991, the number of Armenians dropped dramatically, with almost 2/3 of the Armenian population leaving by 2015.

In the 1800s, most of the mayors and much of the business class were Armenian, with large parts of Avlabari (Havlabar in Armenian) and Maidan being built by Armenians. Until recently these two neighborhoods were very heavily Armenian, but that has changed a great deal in the last two decades.

There are only two working Armenian churches left in the city, and an Armenian Theatre. The Armenian "Pantheon", where prominent Armenians are buried has the tombs of some of Armenian's favorite personalities ever, including Raffi and Hovhannes Tumanian. The adjacent Armenian cemetery was taken over by the Georgian Church and their new national cathedral was built upon it (please confirm). The remaining space in between the Pantheon and the new Georgian cathedral is now the construction site of what appears to be a Georgian Seminary. Again, the Armenian tombs here are being ignored, and human bones are being moved around like dirt. 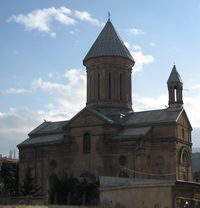 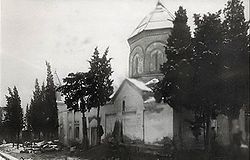 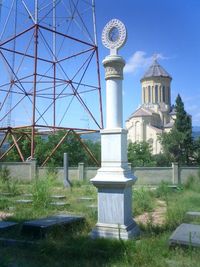