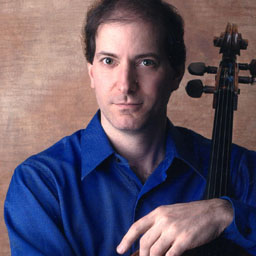 David Bakamjian performs regularly as recitalist, chamber player, and recording artist. He has played at New York's premier concert halls, including Carnegie Hall, and has appeared on National Public Radio and WQXR. On baroque cello, he performs with a number of period-instrument ensembles in the New York area, including Concert Royal, the American Classical Orchestra, Gotham Chamber Opera, and the Long Island Baroque Ensemble. On modern cello, he performs with the American Symphony Orchestra, is principal cellist of the New York Grand Opera, and has appeared as soloist with several other orchestras. With the Casa Verde Trio, Mr. Bakamjian completed six critically acclaimed national tours as well as a monthlong tour of China. A member of the faculty at Lehigh University, he is in great demand as a chamber music coach. He earned his BA at Yale University, where he studied with Aldo Parisot, and his doctorate at the State University of New York at Stony Brook, where he studied cello with Timothy Eddy and chamber music with Bernard Greenhouse. The American Record Guide recently praised Mr. Bakamjian for playing "double-stops and aggressive passagework with abundant ease" on Brooklyn Baroque's "The Pleasure of the French".