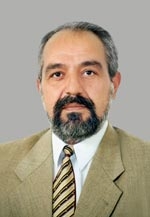 Mr. Arshakyan received his degree in economics and statistics from Yerevan State University in 1975.

From 1971-1975 he was a worker, engine specialist, concrete specialist and guard. From 1975-1978 he worked first as an economist and later as a senior economist in the Yerevan Measuring Equipment Factory of Electric Equipment SIC under the USSR Ministry of Equipment Manufacturing. From 1984-1985 he headed the work organiza­tion and compensation department of Scientific Experiments Factory SIC of Haygyughmekhanizacia. From 1978-1984 and then from 1985-1990 he worked as a sen­ior accountant and later as a senior economist and head of the work organization and compensation department of Louys and later Lousin IC under the Armenia SSR Local Production Ministry.

From 1990-1995 he was a deputy of the Supreme Council (electoral district # 47) where he served as a deputy head of the Standing Committee on Human Rights and Nationality Problems.

From 1995-1999 he was involved in sociopolitical activities (headed the A. Sakharov Armenian Fund for the Protection of Human Rights and acted as an execu­tive secretary of Russia-Byelorussia-Armenia Armenian People's Initiative).

Mr. Arshakyan is married and has three children.