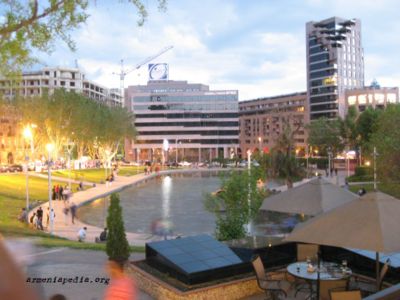 A new pedestrian street called the Northern Avenue is under construction, linking the Opera to Republic Square. These being the two focal points of life in the city will make for a lively street. Brand new buildings are shooting up all along the avenue in Armenia's first post-Soviet urban development of this magnitute.

Along with the Northern Avenue which is under construction, some of the hipper streets are Abovian Street, Tumanian Street, Sayat Nova Street, Terian Street, Mashtots Street, and Amiryan Street.

You also can have differents tours in Armenia with the tour agancy of SIMATOURS Visit our web site www.simatours.comMake your trip amazing with us! We are waiting for you...