Difference between revisions of "Swan Lake" 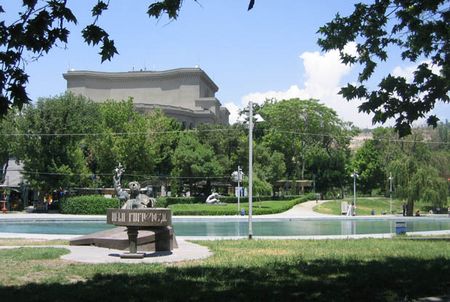 Swan Lake with Opera in background.

Swan Lake (Karapi Lich in Armenian) is a small artificial lake, located at the intersection of Tumanian Street and Terian Street by the Opera in downtown Yerevan. The little island "was" the home of two swans. When the previous swans went missing during the hard years of the early 1990's there was widespread speculation that they had ended up as someone's barbeque.

Swan Lake transforms into an ice-skating rink in the winter season. The skating rink, with it's $1 million dollar price tag, was donated to the people of Yerevan by the city of Moscow in 2005.