Difference between revisions of "Square One" 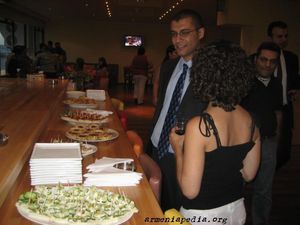 A popular American style diner on Abovian Street, a block from Republic Square. Owned by Diasporan Armenians from the Middle East, Square One opened its doors in the summer of 2004. Initially attracting mainly western expats, the clientele now comes from all over, and getting seats can be hard on some nights. In March 2006 a small upstairs non-smoking lofted lounge was opened with sofa seating. Costs between $5-9 per plate.