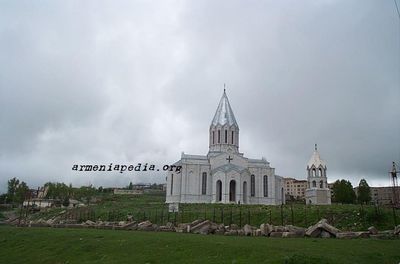 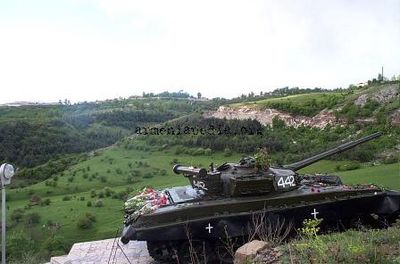 That's Shushi (Շուշի), not sushi. The residents have no idea that sushi even exists in this ancient walled town that is historically the cultural capital of the region. To this day it is very important, housing the beautiful Holy Amenaprkich Ghazanchetsots Cathedral (and Bishop) of Karabakh. The Azeri population, which called the city Shusha (Şuşa), fled in 1992 when the town was taken by Armenian forces and only the 3 mosques (see below) and numerous destroyed buildings testify to the fighting and subsequent drop in population. This was one of the few towns here with a mixed population, towns and villages tended to be more homogenous. Most of todays few thousand Armenian residents of Shushi lost their homes in Baku and Kirovabad and are refugees from Azerbaijan.