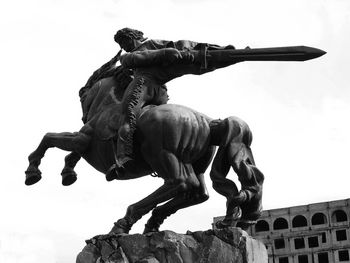 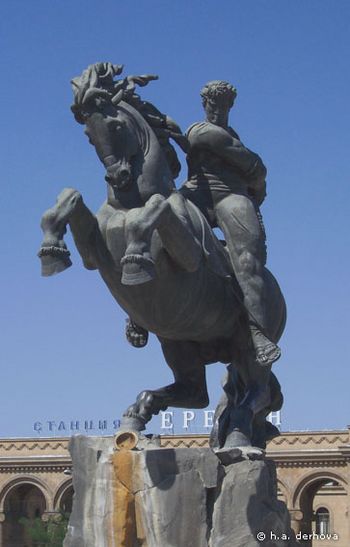 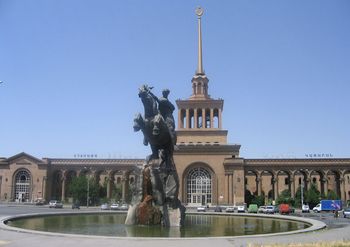 In the centre of the square, surrounded by the Railway Workers’ Cultural Centre, a cinema and residential blocks, stands the statue of Davit Sasuntsi, mythological hero of the Armenian folk epic poem. The sculptor was Yervand Kochar.