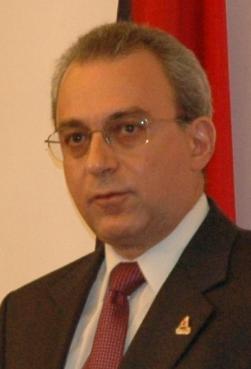 The oral testimony of Dr. Rouben Adalian, presented before the House International Relations Committee hearing on the Armenian Genocide, May 15, 1996, follows.

Hearing on the History of the Armenian Genocide May 15, 1996

Mr. Chairman, let me begin by thanking you and the members of the International Relations Committee for inviting me to testify today. I welcome the opportunity to present a summary of the results of my years of research on the Armenian Genocide in the United States National Archives and the Library of Congress.

My name is Rouben Adalian. I am a historian by profession. I teach as an adjunct professor at George Washington and Georgetown Universities. I am employed full-time as the Director of Research at the Armenian Assembly of America.

Allow me to submit for the consideration of this committee my conclusions upon the completion of the project which I undertook in order to collect all of the documents in the holdings of our government that attest to the history of the Armenian Genocide and to the record of the United States about the Armenian Genocide. This evidence should serve to remind this Committee and this Congress about a chapter of American history of which every American can be proud. It is regrettable that much of it has been forgotten, and it is all the more unfortunate that because of this forgetting there are some in this country who actually question the record of our government on the subject of the Armenian Genocide. I hope that this massive documentation project, which identified 37,000 pages of material, or approximately 4000 documents, will help to rectify this problem and overcome the doubt that the passage of time has planted in the minds of some.

If there is just one reason why Congress should re-affirm the American record on the Armenian Genocide, it is because of the importance of our national memory for the formulation of current U.S. policy. If the United States is to play a credible role in responding to crises around the world when gross violations of human rights occur, it cannot afford to appear in doubt about past crimes against humanity. The need for U.S. leadership in preventing impending genocides and in assisting in the prosecution of persons accused of having engaged in war crimes has been underscored this year once again. Whether the intervention is required in Bosnia, Rwanda, or Burundi, the world turns to the United States for direction. It does so/ not just because the United States has the might and the capacity to change the course of events for the better. It does so/ because the United States has a unique record of humanitarian intervention which can be traced back to the efforts made on behalf of the Armenians in the early part of the twentieth century. To re-affirm that record is to re-commit our country to a sense of responsibility that is the hallmark of world leadership.

In 1915, the Ottoman government began implementing a policy to annihilate the Armenians of the empire through deportations and massacres. The United States Embassy in Constantinople immediately became the focal point for those reporting on the escalating violence directed against the Armenian population. Alarmed at the increasing frequency of the reports of mistreatment, deportation and massacres, Henry Morgenthau, United States Ambassador to Turkey, reached the conclusion that a systematic effort was under way to liquidate the Armenian population. In a series of reports, Ambassador Morgenthau relayed his findings to the Secretary of State in Washington. His cables included the consular reports substantiating the rumors that the Armenians in Turkey were in the throes of a state-organized campaign aimed at their wholesale annihilation under the guise of a resettlement policy.

These documents describe the forcible evacuation of Armenians from numerous towns and cities and the physical abuse of the deportees. They point out the sites predetermined by the authorities as places of execution. They list by town and village the number of people deported, and further report on the number of those who survived, revealing that the deportations were intended to be nothing more than death marches.

The guarantee that this primary material is of the highest order in historical value has always rested in the fact that it was, in the main, authored by official representatives of the United States government, that most were produced in the course of fulfilling regular duties, and that in their nature they are consistent with the correspondence regarded ordinary under normal circumstances. Furthermore, the United States foreign service personnel were all trained observers of current events charged with keeping their government informed of developments in their respective spheres of responsibility.

While the U.S. record on the Armenian Genocide is the most expansive in the detail of its coverage of the events of 1915 to 1918, the official records of many other countries corroborate the evidence gathered by U.S. diplomats. Researchers have now established that all the major European states, whether friends or foes of the Ottoman Empire during W.W.I, hold substantial archival collections of documents. These countries include Great Britain, France, Germany, Italy, Austria, and Russia.

It is especially relevant here to note that the United States Court of Appeals for the District of Columbia Circuit has ruled on the matter of the Armenian Genocide. In a decision issued in 1993 in the case of Van Krikorian versus Department of State, which through a Freedom of Information Act request sought to uncover the source of a 1982 Department of State decision to refer to the Armenian Genocide as an alleged event by claiming that "the historical record of the 1915 events in Asia Minor is ambiguous," the court clearly stated: "This position contradicted longstanding United States policy..."

This very concern lies at the heart of a petition signed by one hundred prominent American scholars and writers who offered that the "denial of Genocide is the final stage of Genocide." They placed their petition in the February 2, 1996 issue of The Chronicle of Higher Education under the heading "Taking A Stand Against The Turkish Government's Denial of the Armenian Genocide and Scholarly Corruption in the Academy."

This petition is based on evidence published in the prestigious journal Holocaust and Genocide Studies which is issued by Oxford University in association with the U.S. Holocaust Memorial Museum. This article exposed an arrangement by which the government of Turkey channeled funds into a supposedly objective research institute in the United States, which in turn paid the salary of a historian who served that government in its campaign to discredit scholarship on the Armenian Genocide.

That any American scholar denies the Armenian Genocide should be cause for alarm and outrage. A frequent device relied upon by deniers is the pretense that only persons of ethnic Armenian background believe that the atrocities committed against the Armenians during W.W.I constitute a genocide. They willfully ignore the vitally important fact that the first person to characterize the Armenian massacres as genocide was Raphael Lemkin, the person who coined the term genocide, and who was the principal author and tireless proponent of the United Nations Convention on the Prevention and Punishment of the Crime of Genocide. In spite of all the evidence, deniers like Stanford Shaw and Justin McCarthy, among others, persist with their discredited arguments.

This hearing constitutes the fourth occasion in the last twenty years that Congress examined the record on the Armenian Genocide in order to determine a course of action. In 1976, the House Committee on International Relations, Subcommittee on Future Foreign Policy in its "Investigation into Certain Past Instances of Genocide and Exploration of Policy Options for the Future" heard testimony from a distinguished panel of experts who provided the Committee with extensive evidence about the history of the events of 1915 through 1918 and reminded the Committee of the American record of decisions, resolutions, and policy statements which clearly demonstrated the longstanding United States position on the Armenian Genocide.

That hearing was held in the light of the adoption by the U.S. House of Representative of the Joint Resolution to designate April 24, 1975, as 'National Day of Remembrance of Man's Inhumanity to Man.'

In February 1990, the Senate spent three days debating a resolution similar to the 1975 House resolution. It was introduced by Senator Bob Dole who availed the Senate of a massive amount of evidence which was read into the record to demonstrate to his colleagues the historical truth about the Armenian Genocide. Two objections were raised at the time: that the full historical record was yet to be established, and that the resolution was not in the national security interest of the United States in view of its alliance with the Republic of Turkey, a valued member of NATO.

Turkey's value as a NATO ally should not be a lever to force the United States to deny the undeniable or to coerce the United States into silence about its own history and its own record. The only thing left to consider is whether Turkey will itself resign from persisting in its campaign to deny the Armenian Genocide. That, however, is a concern that needs to be divorced from the central objective which this Committee must focus upon, and that is the re-affirmation of the American record on the Armenian Genocide and the agreement of Congress with the U.S. Court of Appeals that the 1982 State Department views "contradicted longstanding United States policy," and that any retractions since by the Department have proven insufficient in clarifying the U.S. position in view of the continuing reluctance of U.S. administrations to state that position in the affirmative.

At the very least Congress should adopt the resolution under consideration as an important symbolic first step in an eventual permanent U.S. re-affirmation. What is ultimately required is for the President and the Congress to speak with one voice about the Armenian Genocide as a historical fact based on the evidence of the American record.

I want to conclude by taking this occasion to inform the Committee that the Board of Trustees and Directors of the Armenian Assembly announced this April 24 the formation of a new research center in Washington, D.C., to be called the Armenian National Institute, dedicated to the purpose of collecting and preserving all the obtainable evidence on the Armenian Genocide. In so doing the project seeks to create the conditions for the universal acknowledgment of the Armenian Genocide as historical fact documented to the satisfaction of international opinion.