Difference between revisions of "Romania"

History of Armenians in Romania

Armenians have had very extensive communities throughout Romania over the centuries, which have done everything from founding a city and getting tax exemptions to building churches all over the place.

The city of Gherla was founded by Armenians, and originally known as Armenopolis.

Has an Armenian Street. 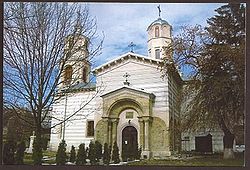 Article about the Armenians of Constanta (in Romanian): https://adevarul.ro/locale/constanta/holocaustul-armenilor-devenit-romania-patrie-10000-refugiati-calea-prigoanei-otomane-1_55e06793f5eaafab2c01a99c/index.html 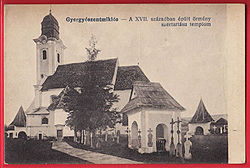 Today the delegation spearheaded by Romanian minister of national defense, Theodore Meleshkanu, has met with the Armenian defense minister, Michael Harutunyan, within the framework of the official three-day visit.

In the words of defense ministry press secretary, during the meeting the parties spoke about the current pace of military and military-technical cooperation between the two countries. The defense ministers said all preconditions exist for that cooperation to make deeper, particularly in the field of military education. The officials also spoke about Black Sea regional safety and Karabakh conflict settlement.

The Armenian ministry of defense and the Romanian national defense ministry signed the bilateral military cooperation plan 2008 upon the end of the meeting.

Romania will not join France and other Western states in officially accepting the massacres of Armenians in Ottoman Turkey as genocide, Romanian President Traian Basescu said on Tuesday.

He explained that his country does not want to risk spoiling its relations with Turkey, which strongly denies that the 1915-1918 mass killings and deportations constituted a genocide.

Basescu made the comments at a meeting with Yerevan State University students on the second day of his official visit to Armenia. Asked by a student whether he is ready to follow French President Jacques Chirac’s example and urge Ankara to recognize the genocide, he said, “We will not do anything affecting our neutrality in our relations with all the countries of the Black Sea region.”

Visiting Yerevan last week, Chirac indicated that genocide recognition should be a precondition for Turkey’s membership in the European Union. "Each country grows by acknowledging its dramas and errors of the past,” he said.

Basescu claimed, however, that it is Armenia that complicates its integration into European structures by raising the genocide issue on the international stage. “Keep history on the history books and in the memory of the peoples, and rebuild the future,” he said. “If history constantly stands in the way of the future as a bone of contention, you won’t achieve success in European integration.”

The Armenian genocide has been officially recognized by the governments and parliaments of about two dozen nations, including France, Italy, Canada and Russia.

(Photolur photo: Basescu, left, and other members of his delegation hold talks in Yerevan.)