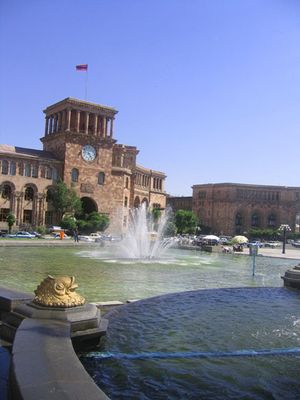 Fountains and Government Building in background. 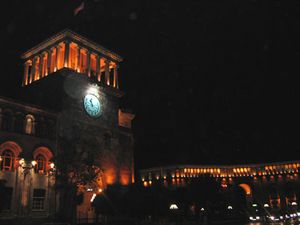 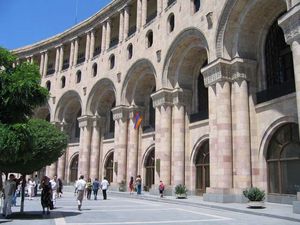 The big central square of Yerevan is named Hanrapetutyan Hraparak (Republic Square). Intersected by Amiryan Street, Abovian Street, Nalbandian Street, and Tigran Mets Street. The square has a stone pattern in the center, meant to look like a traditional Armenian rug from above. The square has a large fountain in front of the National Art Gallery and History Museum, it has the Marriot Hotel, the Foreign Ministry, a post office and other establishments around it.