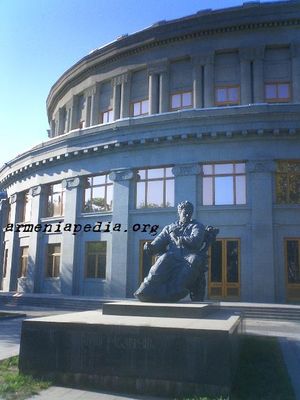 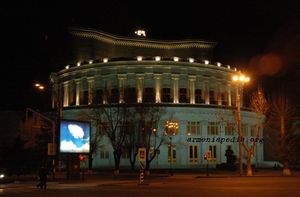 View of the Aram Khachaturian Concert Hall at night 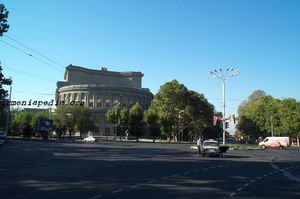 Northern Avenue is built between Opera and Republic Square. There is a large park around Opera, which contains Swan Lake, Freedom Square, and countless cafes. The Opera and it's parks are contained between Sayat Nova Street, Terian Street, Tumanian Street and Mashtots Street. The construction of the cafes in the park has been controversial.

Remodeled in 2004 by the Lincy Foundation.