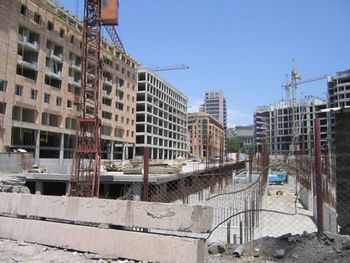 The first section of the Northern Avenue, which starts at Opera, was opened in the May 29, 2006. The remaining section, all the way to Abovian Street opened on November 16, 2007.