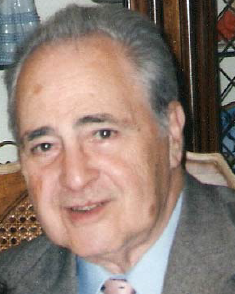 Martin “Marty” Vartan Shelengian, a pillar of the Philadelphia Armenian community, passed away on Nov. 30, 2011 at the age of 90. He was well known and loved by many through his decades of service to his church, St. Gregory the Illuminator, and the ARF.

Marty was born on Jan. 9, 1921 in Philadelphia to Aghajan Shalelengian and his wife Arousiag Setian, both natives of Sepastia. He was followed two years later by a sister Marguerite. Marty graduated from Overbrook High School and shortly after began working at Baldwin Locomotive Works. In 1943, he answered his nation’s call by volunteering to serve in the U.S. Army and trained as a paratrooper in the Airborne 503rd Regimental Combat Team. He served in the Philippines, attaining the rank of corporal. He witnessed the surrender of the Japanese Army on the island of Negros and was responsible for numerous Japanese prisoners of war. Marty was then stationed in Morioka, Japan as part of the U.S. occupation force until being honorably discharged in 1946.

Marty met Rose Basmajian upon returning stateside and they were married on Nov. 1, 1947. He started employment with General Electric in 1956 and retired in 1989 after 32 years of service. He dedicated his time outside of work to St. Gregory’s Church, and was a fixture there, greeting parishioners as they arrived and training younger generations in the various tasks required each Sunday. Marty kept a wartime promise he had made to attend church every week if he survived, and maintained that dedication to the best of his ability the rest of his life.

He served the church with several terms on the Board of Trustees and eight years as NRA delegate. As an ARF member for over 50 years, he was instrumental in many of the projects undertaken by the Philadelphia chapter. Most prominently, he served on the Armenian Week Committee during its entire existence; during Armenian Week, Armenians throughout the country gathered every summer in Atlantic City and later in the Poconos. Marty was also the unsung hero of the Philadelphia Armenian Directory, a vital and widely used resource for the entire community, tirelessly serving as its editor from its inception for over 50 years.

Marty is survived by his beloved wife of 64 years, Rose. He was the loving father of Armine Arthin (Bill), Richard (Connie), and Karen Sookiasian (Greg), and the cherished grandfather and avid tavloo instructor of Paul, Gregory, Alyssa, Melanie, and Julie.

The funeral service was held on Mon., Dec. 5 at St. Gregory’s, followed by burial with military honors at the Arlington Cemetery, Drexel Hill. In lieu of flowers donations may be made to St. Gregory the Illuminator Armenian Church, 8701 Ridge Ave., Philadelphia, PA 19128, or to the Armenian Sisters’ Academy, 440 Upper Gulph Rd., Radnor, PA 19087.