Difference between revisions of "Marseille" 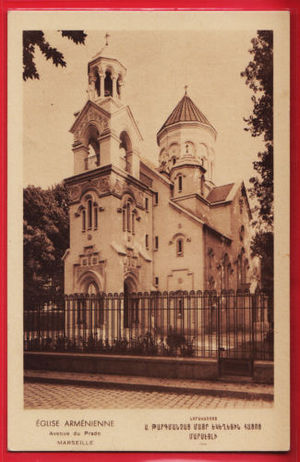 Marseille (alternative spelling: Marseilles) is the second largest city in France. It is located on the Mediterranean Sea. It is France's largest commercial port and the largest port in the Mediterranean. Various figures estimate that there are around 100,000 Armenians in or around Marseille.

Two streets of Marseille to have Armenian names

Two streets in Marseille, France, will be given names of Armenians Maurice-Torgom Ter-Merkerian and Edmond Piroumian, Nouvelles d`Arménie reports. The two Armenians were volunteers in the French Forces of the Interior (FFI) and died in liberating the city back in 1944.