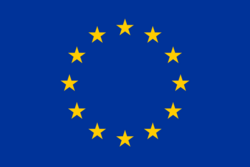 The European Parliament is the decision making body of the European Union.

A key committee of the European Parliament insisted late Monday that recognition of the Armenian genocide must be a precondition for Turkey’s membership in the European Union and urged Ankara to normalize relations with Yerevan.

In a report adopted by 53 votes in favor to 6 against with 8 abstentions, the Committee on Foreign Affairs reaffirmed the EU assembly’s earlier resolutions that described the 1915-1918 mass killings and deportations of Armenians in the Ottoman Turkey as genocide.

The committee condemned as “racist and xenophobic” a government-connected group that rallied thousands of nationalist Turks in France and Germany last spring to protest against a growing number of European countries recognizing the genocide. It urged Ankara to ban the group named after Talaat Pasha, one of the three top leaders of Ottoman Turkey’s last government whom historians regard as the main mastermind of the massacres.

Turkish Prime Minister Recep Tayyip Erdogan rejected the EU parliamentarians’ demands on Tuesday. "We announced this before. That is, to expect us to change (our stance) is simply chasing a dream," state news agency Anatolian quoted Prime Minister Tayyip Erdogan as saying, according to Reuters.

"Our decisiveness on the subject of the so-called Armenian genocide is the same today as it was in the past. Nobody should expect us to change this," Erdogan said, adding the decisions taken by the European Parliament are not binding.

"We are dismayed by efforts aiming to impose preconditions that are far from objective on questions that require serious academic inquiry," the Turkish Foreign Ministry said in a communique.

The Turkish government has rejected similar resolutions adopted by the European Parliament in the past. The most recent of those resolutions, passed in September 2005, said Turkish recognition of the genocide is a “prerequisite for accession to the European Union.”

The latest report, which deplores Turkey’s lack of progress in implementing reforms needed to join the EU, is due to be debated by the full European Parliament later this year. It calls on Turkey to drop its preconditions for opening the land border and establishing diplomatic relations with Armenia.

The European Armenian Federation for Justice and Democracy, a Brussels-based lobbying group, welcomed the proposed resolution. “We congratulate the rapporteur and the many members of Parliament who reaffirmed the political line of the Parliament, which makes the recognition of the Genocide a prerequisite for accession," its chairwoman, Hilda Tchoboian, said in a statement.

Still, Tchoboian disagreed with another provision of the report that effectively endorses Ankara’s proposal to set up a commission of Turkish and Armenian historians that would study the events of 1915-1918.

The proposal, made by Erdogan last year, was rejected by Armenia. In a written response to the Turkish premier, President Robert Kocharian said that this and other issues hampering a Turkish-Armenian rapprochement should be tackled by the two governments, rather than historians.

The European Parliament reiterated on Wednesday that Turkey's accession to the European Union must be conditional, among other things, on its recognition of the 1915-1918 mass killings of Armenians in the Ottoman Empire as genocide.

The EU legislature adopted by 356 votes in favor, 181 against and 125 abstentions a resolution that `calls on Turkey to recognize the Armenian genocide' and `considers this recognition to be a prerequisite for accession to the European Union.'

The resolution, which also demands that Ankara recognize Cyprus, came ahead of membership talks between the EU and Turkey that are due to open on Monday. It is not binding for the 25-nation bloc's executive European Commission and member governments. But it does reflect growing unease about the prospect of a large Muslim country joining the EU.

It is not the first time that the European Parliament urges Turkey to end its long-running denial of the Armenian genocide. All of its previous genocide resolutions were angrily condemned by Ankara.

"That resolution is not binding,' Turkish Prime Minister Recep Tayyip Erdogan said, reacting to its passage later on Wednesday. `It does not matter whether they took such a decision or not. We will continue on our way,' private CNN-Turk television quoted him as saying during a visit to Abu Dhabi.

But the European Armenian Federation, a Brussels-based lobbying group, was quick to welcome the Strasbourg-based parliament's statement. `This latest appeal by the European Parliament ahead of the negotiations with Turkey must serve as a guideline for the European Council and the European Commission,' its chairman, Hilda Tchoboian, said in a statement.

`We therefore call on the EU foreign ministers to touch upon the genocide issue during their meeting in Luxembourg on October 3,' she added.

Of all the EU member states only France has so far demanded that genocide recognition be a necessary condition for Turkish entry into the EU. President Jacques Chirac expressed hope last December that the Turks will do some `memory work' on the subject. But other EU officials have made it clear that while genocide recognition could be on the agenda of the upcoming accession talks it will not be a precondition for their successful outcome.

A report by I. Drost of the meeting of Standing Committee on European and Foreign Affairs of the Dutch parliament with the minister of Foreign Affairs Mr. Ben Bot on the meeting of European Foreign Ministers beginning of September, where the EU negotiation framework with Turkey will be discussed. At this meeting Mr. Bot declared that the negotiation framework for Turkey includes Armenian Genocide issue.

The Hague, 1 September 2005 - Yesterday, in a Parliament meeting, Dutch Foreign Minister Ben Bot assured the members of parliament that the matter of the Armenian genocide is already a part of the framework for negotiations with Turkey.

Mr. Bot said so in reaction to the urgent request of several factions to adopt the recognition of the Armenian genocide in the negotiation framework. In this context he referred to the commitment of good neighbourly relations and undertaking to resolve any outstanding border disputes in a peaceful settlement, as mentioned in the draft negotiation framework.

On Chritian Union MP Rouvoet's explicit question if he understood correctly that facing the own history and in particular the Armenian Genocide are also meant in this wording, Mr. Bot answered in the affirmative. He also confirmed that this is the European approach of this matter and that Turkey is very much aware of this requirement.

Mr Bot did not expect any problems, like we have now with Cyprus, as a result of the implicit wording, because it is the standing approach within EU and EU itself is master of the ratification process. Finally, the Minister gave the guarantee that he himself will always be committed to these statements.

Foreign Minister Vartan Oskanian commended the European Parliament on Thursday for its renewed calls for Turkey to recognize the 1915 massacres of Armenians as genocide and normalize relations with Armenia.

A resolution adopted by the EU legislature in Strasbourg on Wednesday `calls on Turkey to recognize the Armenian genocide' and `considers this recognition to be a prerequisite for accession to the European Union.' It also urges Turkey to open its border with Armenia without preconditions.

`We assess that resolution positively and consider it natural,' said Oskanian. `If Turkey wants to be a member of the European Union, it must behave like an EU country. That means it must have open borders with Armenia and openly confront its past and accept what happened in 1915.'

Ankara's reaction to the non-binding resolution was diametrically opposite, with Prime Minister Recep Tayyip Erdogan saying that it will not affect his government's position on the issue. Turkey is expected to start its long-awaited accession talks with the EU on Monday.

Yerevan wants the EU make Turkey's membership conditional on the recognition of the Armenian genocide and the lifting of the blockade imposed on Armenia in 1993. But EU officials say while the Armenian demands will be on the agenda of the accession talks, they are not a precondition for Turkish entry into the union.

The European Union will open negotiations with Armenia within one month on concrete actions stemming from its inclusion in a program envisaging privileged ties with the bloc, a senior EU envoy said on Thursday.

The talks on the `action plan' for Armenia within the framework of the EU's European Neighborhood Policy (ENP) were scheduled to start earlier this month but were put off indefinitely. Heikki Talvitie, the EU's special representative to the South Caucasus, revealed that the delay was caused by a dispute between Azerbaijan and `one EU country,' presumably Cyprus.

The internationally recognized government of Cyprus is angry at Baku's recent decision to establish direct contacts with the Turkish-occupied north of the island. Official Nicosia is reportedly blocking the start of talks on a similar action plan for Azerbaijan, which was also included in the ENP along with Georgia last year.

Talvitie, in Yerevan on yet another tour of the region, explained that the Azerbaijani-Cypriot dispute has affected Armenia and Georgia because the EU wanted to show a `balanced approach' and start the ENP talks with the three South Caucasus states simultaneously. `We have one month settle the problem and start consultations simultaneously with the three countries,' he said. `If we fail to resolve it, we will start consultations with those countries that are ready [for the process].'

`Armenia has really done a good job preparing for this process,' the diplomat added. `We are confident that we can implement a good action plan with Armenia.'

The plan is expected to be based on a report which was released by the EU's executive European Commission in March. The 30-page document calls for democratic elections, the rule of law, respect for human rights, anti-corruption measures as well as further economic reforms in Armenia.

The issue featured large during Talvitie's meetings on Thursday with President Robert Kocharian and Foreign Minister Vartan Oskanian. The latter said over the weekend that the ENP `brings Armenia back home.'

Speaking at a joint news conference with Oskanian, Talvitie reaffirmed EU support for Kocharian's package of amendments to the Armenian constitution which is due to be put to a referendum in November. `We do not want to take part in your referendum, but we support these changes and think they would be a very serious tool in the hands of both the government and the opposition,' he said.

The unresolved Nagorno-Karabakh conflict was also on the agenda of the talks. Talvitie arrived in Yerevan from Baku where he discussed the issue with Azerbaijani leaders. The envoy urged the conflicting parties to build on progress in the peace process made over the past year.

`The overall evaluation is that there is a momentum for a settlement of the problem,' Oskanian said for his part. `There are positive changes and today our main task is to be able to use this opportunity and achieve more progress in the process after the [Novembe