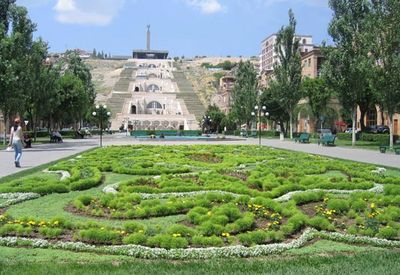 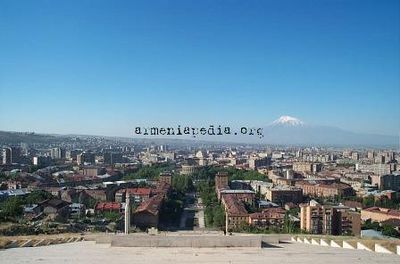 View of concert at Cascade from steps. 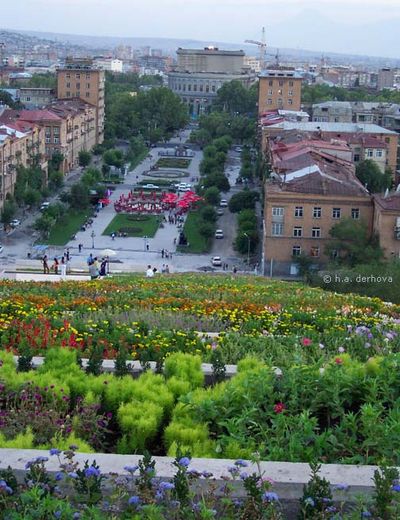 Although its original intent was as a monument, beginning in the 1990s the Cascade was home to a very progressive discotheque. Currently, in the summer months, the area becomes a hot spot for entertaining the general public with many free outdoor concerts. Performers include some of Armenia's most popular musicians, as well as groups from abroad.

The structure was privatized by Gerard Cafesjian and the top is the site of construction for the Cafesjian Museum of Contemporary Art. Some statues by various artists have already been brought in and placed all along the monument, including works by Lynn Chadwick, Barry Flanagan, Stanislav Libensky and Jaroslava Brychtova, and Paul Cox. There are two statues by Fernando Botero a black cat at the bottom and a Roman Warrior at the top platform.