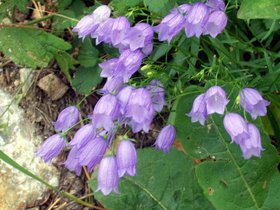 Known from only three populations in Armenia. May disappear due to its rareness and decorativeness.

Full protection of the species and inclusion in the reserves in Yeghegnadzor region needed. Included in the Red Book of the former Soviet Union