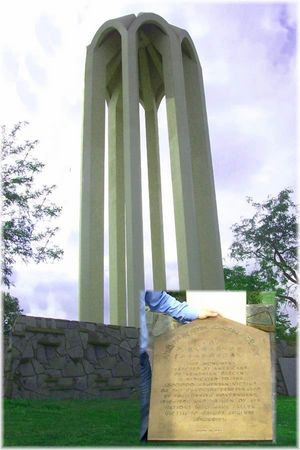 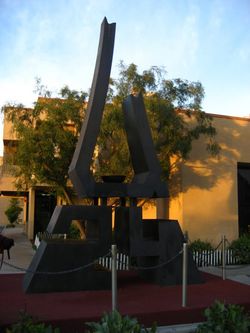 On August 19, members of the Armenian cultural union Nairi and a group of men, accompanied by the Iranian Armenian Mountaineers went to Jan Ston Field. They placed a memorial plaque in memory of the 90th anniversary of the Armenian Genocide.

In the Armenia diaspora the little public art we have is largely consisted of memorials dedicated to teh victims of teh Armenian Genocide of 1915. There are 139 Armenian memorialscommemorative plaques, inscriptions and monumental sculpture throughout the world, the most well-known of which is the Genocide Monument (1968) in Armenia's Dzidzernagapert Memorial Park designed by architects S. Kalashian and L. Mkrtchian.

The opening ceremony was attended by the mayor of Lila, Jean Jacques Salle, Armenia's ambassador in France, Edward Nalbandian, state and political leaders, as well as by the clergy and representatives of the local Armenian community. On that day Armenian flags were hoisted on Lila's town council and streets.

The Armenian ambassador noted France's recongnition of the Genocide, "The fact that there are numerous monuments dedicated to the victims of Armenian genocide in France's territory proves that the genocide has been acknowledged by its citizens,"

On Oct 10, 2005, Fresno Mayor Alan Autry announced his commitment to build a monument in the near future dedicated to the memory of the victims of the Armenian Genocide.

The following table shows the major memorials around the world dedicated to the memory of the Armenian Genocide victims.