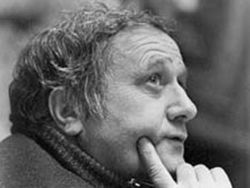 "After a near fatal accident in present day Armenia, a woman suffering with amnesia begins to remember a life that occurred many centuries ago. The childhood spent in an enchanted solitude. The father she adores. The husband she worships. The son she would sacrifice everything for…And the fate that would shape the history of her nation."

"The Priestess," written by Chaldranian and renowned Armenian screenwriter Anahit Aghasaryan, draws inspiration from "an anonymous woman" recorded in the mysterious Fourth Century manuscript 'The History" by Armenian historian Agathangelos. This unknown, yet consequential woman, becomes the keystone to Armenia's history as the first nation to accept Christianity.

"The Lark Farm" (2007), movie by Italian director Paolo Taviani, about an Armenian family's experiences during the Armenian Genocide.

"Screamers" (2006). Carla Garapedian's movie documenting genocide in modern times. Includes System of a Down and many others.

"Sayat Nova" (1968). Sergei Parajanov's masterpiece, one of the greatest films of the 20th century. http://www.parajanov.com/sayatnova.html

"Pierlequin"
Lighter than Air
Armenia | 2000 | b&w | 102 mins | dir. Tigran Xmalian, with Vladimir Msrian, Hrach Harutunian, Anush Khorenian
Xmalian's charming feature is a surreal, bittersweet love story on his homeland and culture. Moving from the 1960s to the `90s and centred around the iconic figure of a clown who was loved by Armenian audiences, Pierlequin creates a world of tenderness and magic among the challenges facing contemporary Armenia.

"Gariné Torossian Artists' Film Programme"
Short Films Programme | 90 mins
Toronto-based Gariné Torossian will present a selection of her strikingly multi-layered shorts. Like Egoyan, Torossian's work is informed by migration and she has turned to experimental film-making to conjure the primary forces of the Armenian diaspora.

"Armenian National Cinema"
A broad consideration of the unique qualities of Armenian cinema, both within the country and diaspora, and reflections on its place in soviet and world cinema, and on the difficulties facing contemporary production in the country. With Armenian cinema specialist Nora Armani, film-makers Gariné Torossian and Tigran Xmalian and film critic Artsvi Bakhchinyan. Moderator: Gareth Evans, editor of Vertigo magazine and festival co-programmer.

"Artavazd Peleshian"
Short Films Programme | 120 mins
Among the most astonishing short works in the history of cinema, the profoundly intense films of Artavazd Pelechian are visionary examinations of human and cosmic themes. Largely wordless and rhythmic, they are edited with a mastery of scale and rhythm which makes all life on earth swarm and bloom through the celluloid.

"Return to the Promised Land"
Armenia | 1991 | b&w & col | 80 mins | dir. Harutiun Khachatryan
Katchatryan's audacious film is a strikingly photographed study of an Armenian farmer and his family surviving in a harsh landscape in an abandoned, snow-clad village. As the first crops come to life, the village children smile again and dance to the tunes of the visiting tightrope walkers and musicians. However, danger still lurks in the distance...

2 short films:
"Lux Aeterna" & "Terra Emota"
France | 1999 | b&w & col | 10 mins each | both dir. Levon Minasian and Serge Avedikian
Impressionistic dispatches from the fault line: an earthquake in 1988 devastated Gyumri, Armenia's second city. Levon Minasian was in the city at the time and caught the destruction on film. Ten years later, he returns to find a city still dealing with the legacy of such a disaster.

"Ararat, Genocide Remembrance and Armenian Cinema" A consideration of the legacy of the Armenian genocide and its cinematic incarnations. Is it even possible to represent such a vast and traumatic subject on film? With Nouritza Matossian (biographer of Arshile Gorky and consultant to Ararat), critic Artsvi Bakhchinyan, genocide historian Ara Sarafian and Nora Armani. Moderator: Gareth Evans.

"Ararat" Canada / France | 2002 | col | 115 mins | dir. Atom Egoyan, with Arsinée Khanjian, Charles Aznavour, Elias Koteas, Marie-Josée Croze | cert. 15 Perhaps Egoyan's most personal work, this multi-layered examination of the legacy of genocide is a dramatic and intriguing hall of mirrors, in which history and memory, reality and fiction all prove unpredictable and fluid.

"Komitas"
West Germany | 1988 | b&w & col | 96 mins | dir. Don Askarian, with Samuel Ovasapian, Onig Saadetian, Margarita Woskanjan
A portrait of the great Armenian composer who was traumatised into silence following the 1915 Genocide, Komitas is an episodic and poetic meditation that seeks to find a visual language, somewhere between Tarkovsky and Paradjanov, to convey the suffering of an entire people.

"And There Was Light - 1700years of Christian Armenia,Our Father in heaven, hallowed be your name, narration by Sos Sargsyan It also was acted in Andrey Tarkovsky, Hayk Studio http://www.youtube.com/watch?v=aESqYboFpD0&feature=related

"Lovember"
Armenia | 2004 | b&w | 99 mins | dir. by Tigran Xmalian
In Xmalian's latest lyrical feature, an odd young couple - a nurse and a street musician - meet first as the witnesses of accident. Troubles pursue them and they decide to challenge fate in an extraordinary way - by giving birth to a new God. Dialogue-free, the film is threaded through with the music of Prokofiev.

"Exhibitions in the Foyer"
Film-maker Gariné Torossian will exhibit stunning colour images from her multi-layered films and Ann Doherty will show her photographs of people and landscapes from contemporary Armenia.

"Garden Dwelling"
by filmmaker Tina Bastajian
Bastajian's 29-minute "Garden Dwelling" is an oblique travel diary, recounting four Armenians' visit to eastern Turkey in 2003. The film doesn't cover their daily itinerary or major sights, but rather the spaces in between: the awkward translations, the mystifying exchanges, and the unspoken tensions that still linger across a closed border.

Other films of note