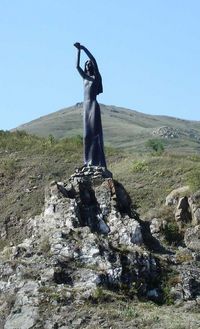 The Turks have occupied Lake Van and Akhtamar island, but Armenians have built a statue in honor of this legend on the shores of Lake Sevan instead. It is along the highway, north of Sevanavank.