The IRS has busted another gambling business. "Senator Sport" will have to pay 1.6bln for organizing unlicensed poker tournaments in Golden Palace hotel (sounds familiar?) located in Tsakhkadzor, in 2018.

The Higher court has ruled that Manvel Tushonka Grigoryan should remain in jail, after the defense appealed the Lower court's verdict to keep him locked up for another 2 months. Grigoryan is accused of embezzling military products, lands and underpaying taxes worth billions.

The priest who earlier shut down a street, attempted to enter Parliament, then demanded QP MP Alen Simonyan resign after the LGBT scandal (unclear what Simonyan had to do with the incident), has been suspended by the church for improper conduct and "for allowing his anger to cloud his judgement".

Church recognizes the priest's right for condemning sins and having opinions, but "getting involved in politics, making political statements and having improper public conduct is unacceptable."

Church released a statement saying they don't condemn the LGBT people because every person has "the right to repent on front of God for their sins and be placed on the right path, however, the church condemns the propaganda of sins" (referring to the trans speech).

Prosecutor Hrach Musheghyan (sounds familiar?) says Rob Kocharyan team is lying about Rob not being allowed to meet his 2 year old grandson. In the initial stages, there was a complete isolation for a period, authorized by court, because Rob could undermine the case by communicating with relatives and other suspects (his family is also implicated in criminal case). Later, the prosecutors allowed him to meet his grandchild, says the judge Hrach.

In the 2018 report, Council of Europe representative has welcomed the Pashinyan administration's efforts to investigate the March 1st, 2008 case.

Defense Justice Minister Artak Zeynalyan has been questioned as a witness in the March 1st, 2008 investigation case. In 2008, he was the lawyer representing Levon Ter-Petrosyan in the Constitutional court case which challenged the results of the 2008 elections.

NSS chief Vanetsyan: Having a fake social media account is every person's right, as long as it isn't using someone else's identity to post things that break the law. Because of the ongoing investigation, NSS won't release the name of the arrested Facebook account owner who is accused of inciting violence towards others.

Serj-linked SPAYKA import-export giant is a monopoly which buys large quantities of agricultural products from provinces for cheap prices, to export mainly to Russia. Some farmers have long complained about the lack of competition in the field.

The former aide to Agriculture Minister Harutyun Mnatsakanyan says if SPAYKA decides to sabotage the economy by purposely ending the collections and export, other competitors will emerge. Mnatsakanyan says SPAYKA is required to collect the products because they have an obligation as part of the earlier deal to receive tax waivers.

SPAYKA earlier announced that they will stop collecting products from some regions "due to being unable to do so". The company has so far been found hiding 9bln in taxes, according to IRS audits. More audits are underway.

Didn't take long! The CEO of BEST FRUIT, a HHK-allied firm, says they are ready to fill-in the void created by SPAKYA's refusal to buy harvest from farmers. They begun the preparations to enter market last year.

Artsakh's former PM, ruling party's leader and a candidate for presidency Araik Harutyunyan has a humanitarian offer for Azerbaijan:

Azerbaijan ends the threats of shooting down airplanes over Artsakh and opens the airways for international flights. In exchange, Artsakh allows Azeri farmers to use Sarsang water reservoir, which will drastically improve Azeri farmers' lives.

Harutyunyan says they have foreign investors who will soon begin to build a water canal on the right side of the reservoir, which faces Azerbaijan. Until now, that territory wasn't able to take advantage of the reservoir fully. The idea is that Azeris, just few miles away, could also use the water if the deal is accepted.

Transport & Communications Minister met a Google representative. He wants to know what Armenia has to do for YouTube and Google to enable monetization, AdSense, Trending page in Armenian, and other stuff that is currently unavailable.

Second topic is Google Maps, which uses soviet-era maps which still show Azeri enclaves inside Armenia. This causes a problem because some of the major roads go through these ex-enclaves, which are now part of Armenia. Google thinks those territories are unreachable and tries to avoid the route through these areas, causing the travel path to be miscalculated. 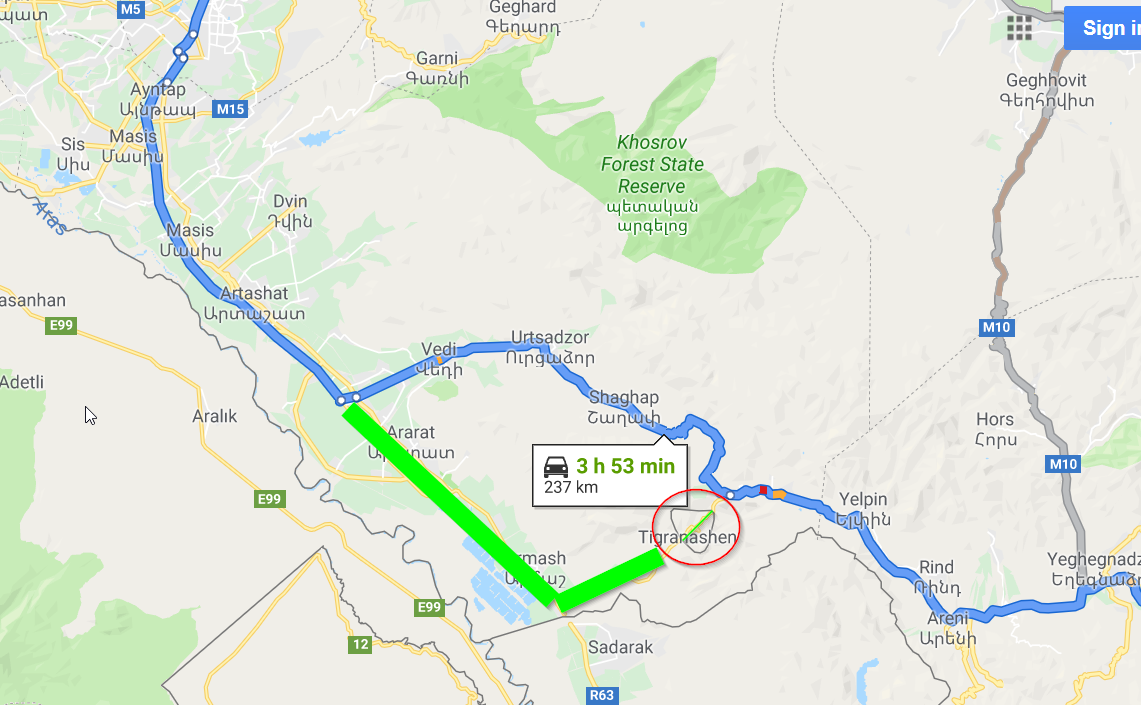 Italy's Chamber of Deputies has recognized the Armenian Genocide. AYE 382, NAY 0. They encourage the Parliament to adopt the resolution too.

Russian government-run diamond company Gokhran will sell raw diamonds to Armenia, so the latter can develop them. This is the first time the company is cooperating with anyone outside of Russian internal market.

Ministry of Development and Investments and the Russian colleagues are working on a plan to boost mutual tourism. A document was signed. By 2021, they hope to improve the cooperation between tourism companies in Armenia and Russia. Other measures include production of guides to make the points of interest more accessible for tourists, training of guides, exchange of journalists who will cover and promote tourism spots.

Armenian-Russian military industries are discussing the possibility of opening bullet production factory in Armenia, as well as purchase of other weapons.

The Defense Ministry is thinking about lowering "Pativ Unem" military program's duration from 3 years to 2y3m. Members of this optional program are students with high grades. They receive free education, including Masters Degree, lengthy vacations and other benefits.

Earlier we learned that the Ministry has plans to also lower the regular conscript duration for front line soldiers. These are separate topics.

Today marks the 27th anniversary of the massacres of Maragha, Martuni Region, Karabakh. 57 Armenian civilians were murdered and 60 taken hostage by Azeri army.

Azeris begun shelling the village on the morning of April 10th, followed by an invasion. Most civilians managed to flee, some couldn't. The next day the Armenian army liberated the village and found mutilated bodies of dozens of civilians, including 9 children and 29 women.

Former UK Parliament MP Megan Cox, who went to the village immediately after it was liberated, wrote and condemned the plundering and the murder of the civilians. She referred to it as a "genocide".

A Maragha resident says that after the 1988 Sumgayit massacres, Azeris begun harassing Armenians in Maragha too. They would steal the cattle, stop the Armenian car drivers and take their cars away, farms would get constantly attacked. The first death was a year before the massacres, when the Azeris shot and killed a tractor driver.

In 1992, the military invasion begun. The witness was separated from her kids and relatives. She was one of the survivors. When she was removed from the bunker, she saw killed and mutilated civilians on the streets. She recognized them because everyone knew each other in the village. Those who attempted to run away would get hacked by an ax, says the witness. "We have to kill every one of you, Karabakh is ours", used to shout the Azeri soldiers.

The 3 illegal cafes that were removed from the Opera green zone are currently being replaced by soil, and later with trees. Photos https://armtimes.com/hy/article/157822

Turkish president Erdowie Erdowo Erdowan's party lost the major cities in the recent elections. Unable to accept the defeat, they are demanding new elections, after the election board did a partial recount of questionable districts, but refused to do a complete recount, finding it unnecessary.